Meant to expand the filtering capabilities from our previous applications, SecureUPDATE has grown into a powerful tool that harnesses most of the user interaction and control coupled with the powerful data differencing engines from SecureDELTA.

We took on the challenge to create an intuitive and easy to use software application to allow users to analyze a folder content, spot any inconsistencies and perform pick and chose on individual items, to include or exclude such in the secure update archive.

SecureUPDATE, our latest product in secure updating, is simply the result of years of programming experience, user interaction and awareness, coupled with the power of SecureDELTA binary differencing engines. 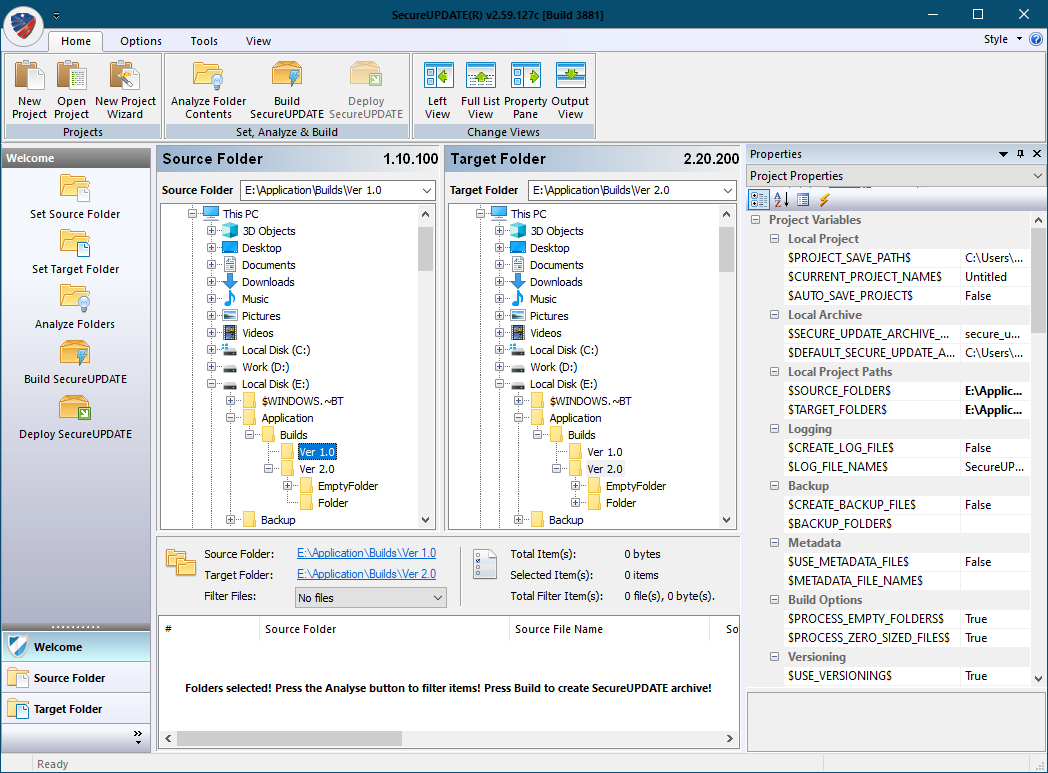 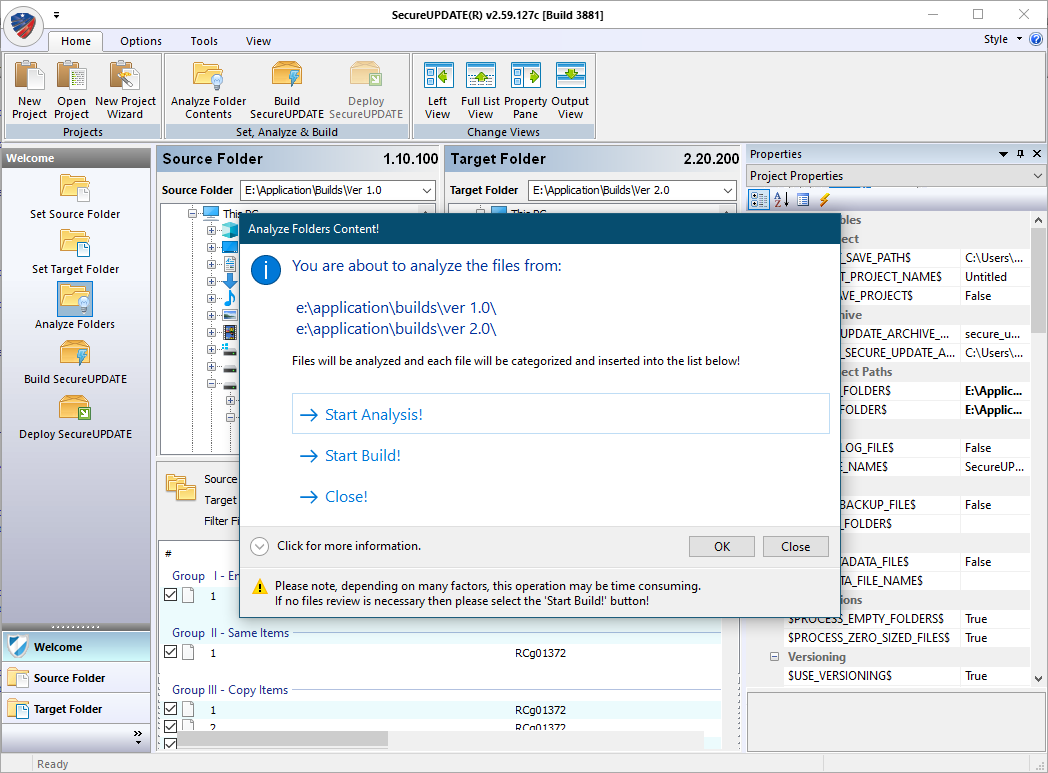 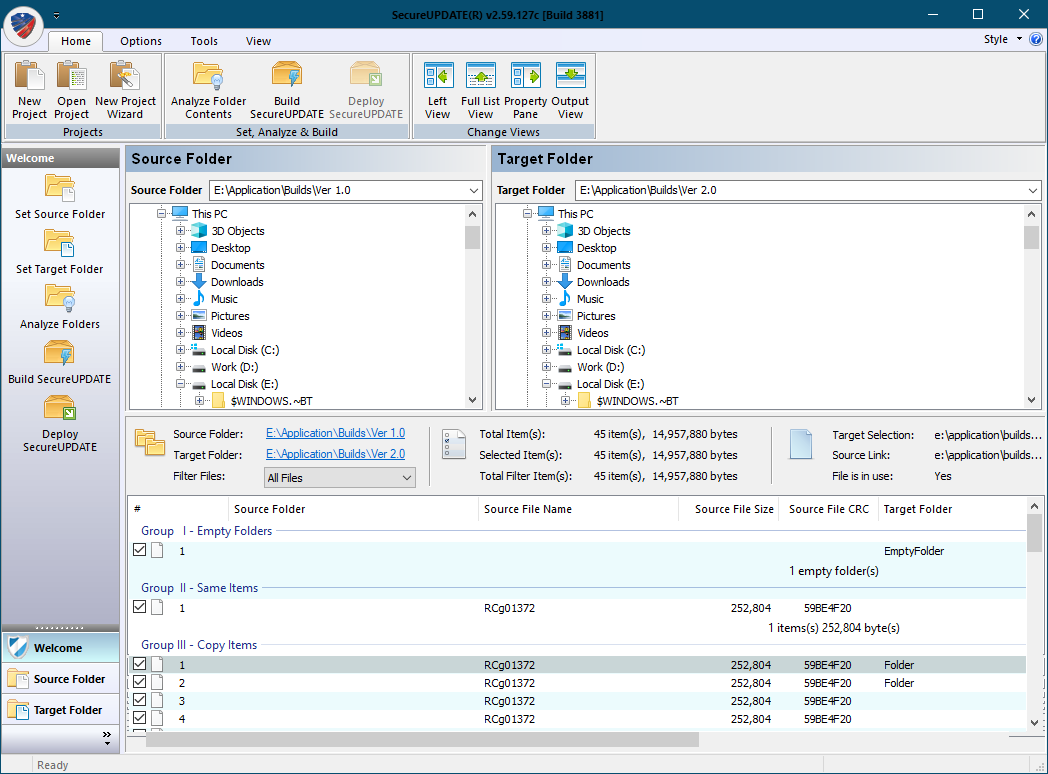 Know your DATA. Fully visual display of the entire new content within the Target Folder compared against the old content from the Source Folder. Filtering may be done at the file level, thus you have the ability to include or exclude certain items that may be obsolete, are copies of other files, etc. ...

Set up options such as allowing zero-sized files and empty folders to be processed. Also, obsolete files may be automatically deleted within the Source Folder on the Remote (Target) Machine. Decoding options may also be overwriten when the SecureUPDATE archives are decoded. And much more...